So other than working with the Nordic Knitting Symposium I have managed to slowly finnish Swing-Knitting WS3 and a bit faster Swing-Knitting WS5.
WS3 was not difficult but I was completely uninspired, I constantly found other things to knit, which is not bad, but it slowed the learning process down. I started with WS3 last May on my way to the "Swing-Strick-Treffen 2013" in Helmstedt.
Where I took some amazing workshops with Birgit Fitzke and Heidrun Liegman. The workshops were above my Swing-Knitting knolledge and all in German, I'm not that very good in German, but I think it went quite well and I saved what I was taught there in the back of my head even though at the time I had difficulties to apply what I learned.
To me as a native Swedish speaker the Swing-knitting terminology were clearer in German than in English so that helped.
The reason for my dislike of my WS3 project were due to five things.
I couldn't figure out what should become of the knitted workshop item.
I do not like when there is only one stansa and a loooong stem.
I chose the wrong quality of yarn, acrylic, it do become squeaky to knit with when it is warm in the summer.
I used to wide pauses with a pattern that made it difficult to follow where the pins should be placed.
I was getting tired of following the written instructions, I usually knit after my own mind.
So now I am ready but I have not decided what to do with it. I might make some kind of shrug or shoulder warmer.
WS5 - The Swingy Hitchhiker were a much more agreeable project to me. It is smaller, fewer stitches, there are no stems or at least fewer and shorter ones, multiple stansas on one row, and here I finally broke free and started to Swing on my own. 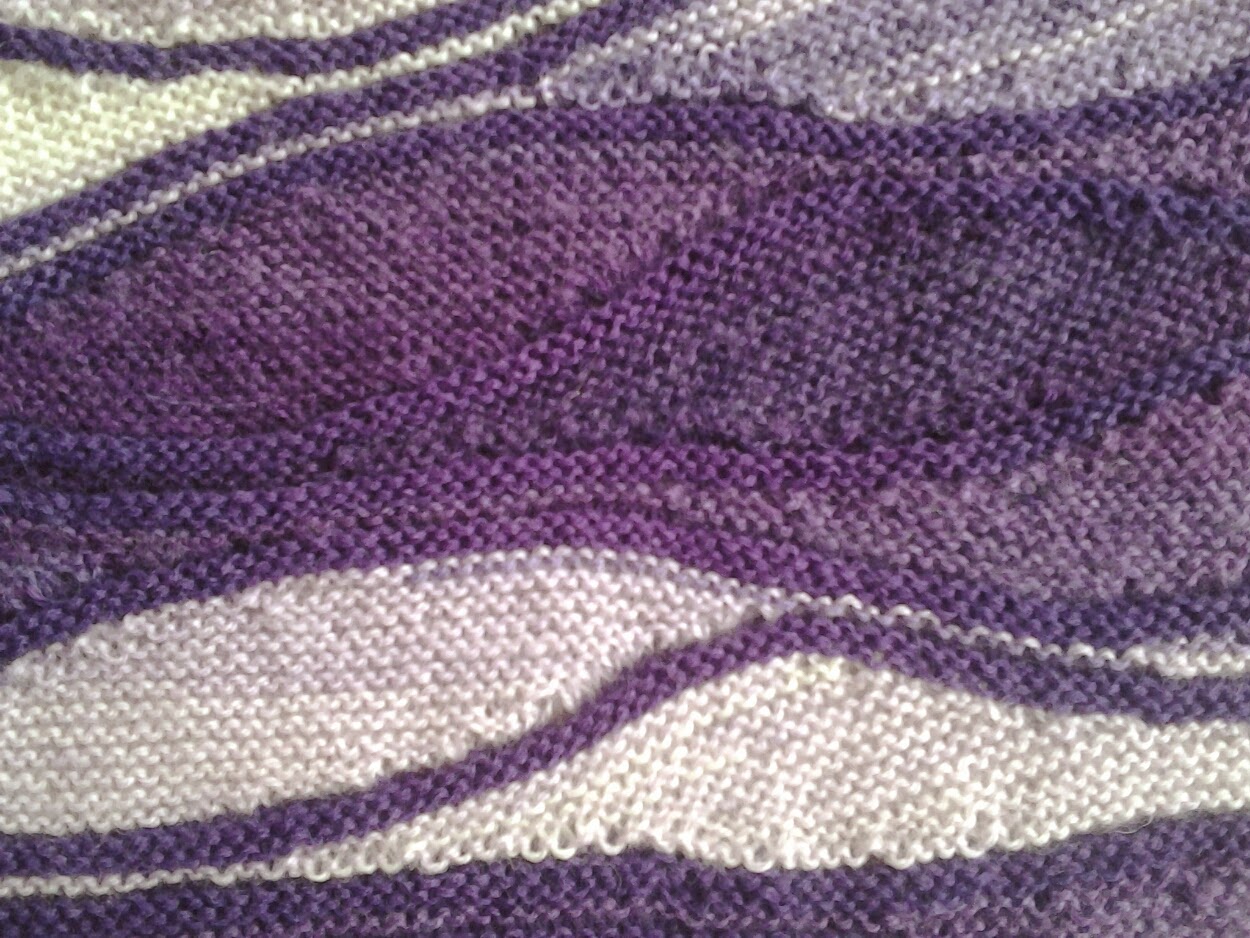 That was such a relief, I hate to sit with my nose in a pattern. I also really like the Melody and beat given in this workshop. It do create beautiful stansas. there were a learning curve but I made it.

So finally, I have now started my first genuine own swing-knitting project. I am going to make a sweater knitted sideways inspired by a pattern called Bahar. I started on the first sleeve last week. I do hope to have it done by May when I am leaving for The "Swing-Strick Treffen 2014" in Helmsted.
Posted by Mitz at 14:41

This is so lovely... I really loved it!
Congratulations, you are a true artist!
I will go to a workshop next month here in Brazil, where I live, to learn to knit the swing-knit technique.